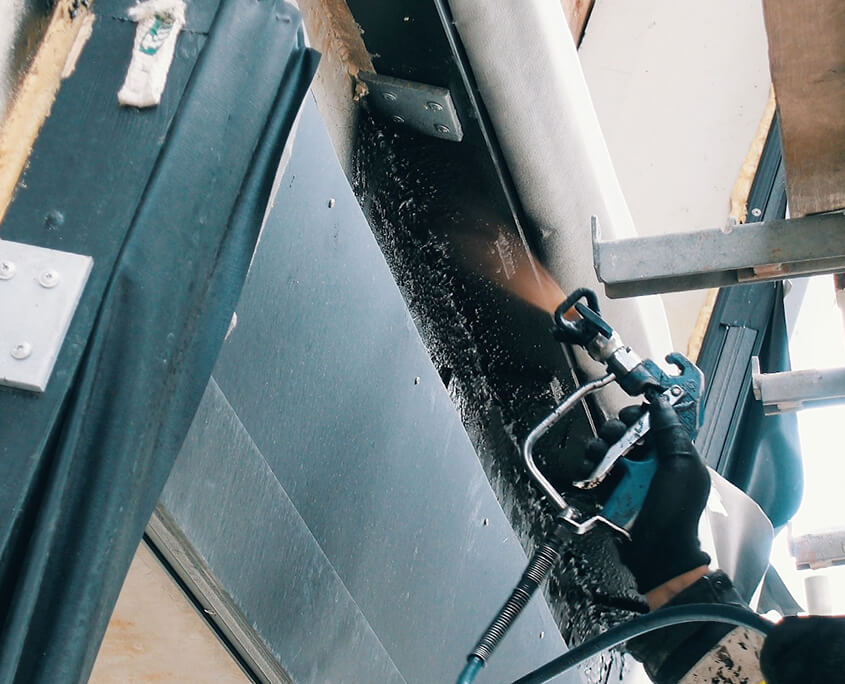 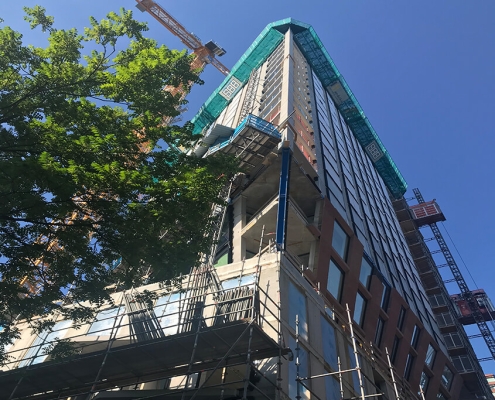 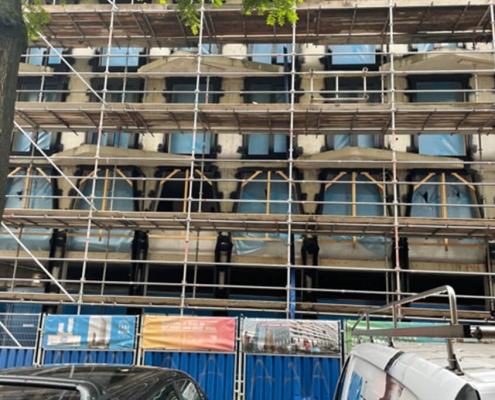 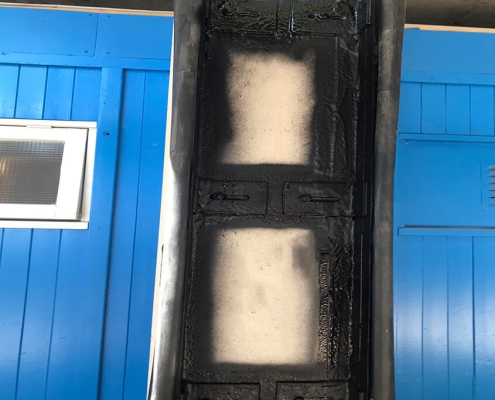 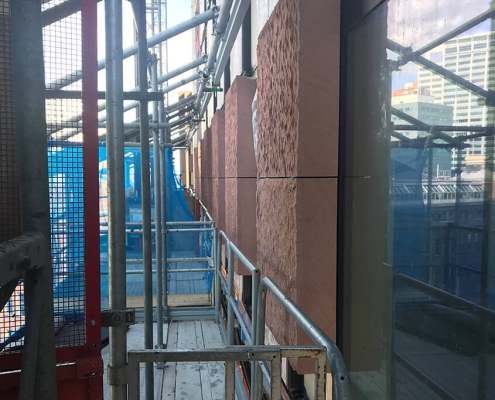 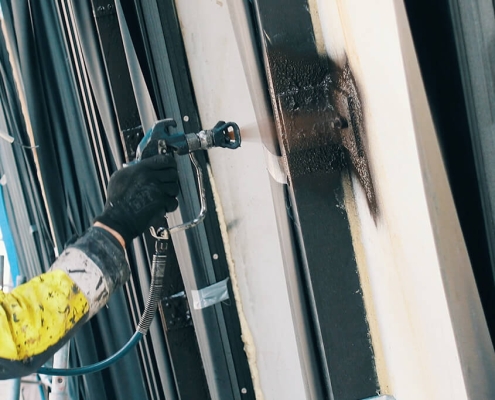 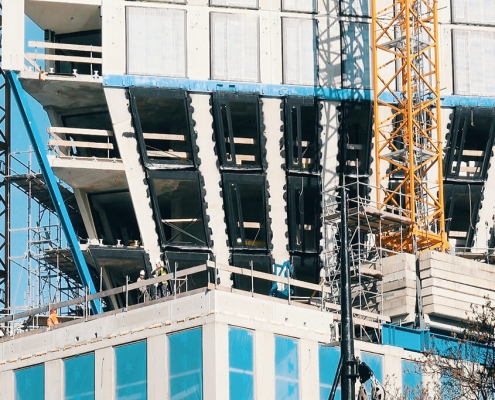 Description:
In the heart of Rotterdam, the high-rise project Casa Nova is being constructed. This triangular residential tower is decorated with natural stone facade elements. The facade elements are mounted on the concrete hull. Because this is an open facade construction, various air barriers have been realized behind the elements.

Liquid Rubber HBS200 is applied around the window frames. All connecting joints of the concrete elements, both horizontal and vertical, are treated with an airtight layer. This was applied with the airless spraying system. The balcony connections have also been made airtight. Due to the size of the project, it was decided to spray Liquid Rubber HBS200 airless in order to enable a higher daily production. 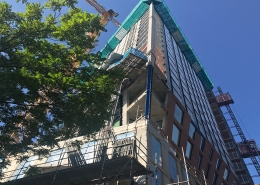 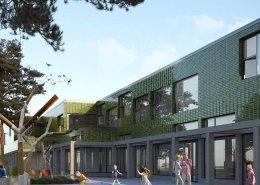 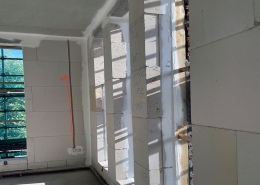 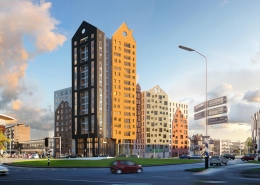